- August 09, 2022
I made an error when I listed my ordination succession a few weeks ago.  I was ordained by Earle Wilson and he was ordained by William Neff. I had thought that Neff was ordained by early Pilgrim leader, Seth Rees, but upon further investigation, he was actually ordained by Winfred Cox.  Thus, my ordination line takes a fortunate turn. It was a struggle reconciling Rees anyway.  I had taken a leap saying that he was ordained by the Nazarenes -- when, in fact, he was originally "recorded" (not ordained) by the Quakers, and the Nazarenes claim they never ordained him.  I find that hard to believe -- especially when, according to historian, Kostlevy, he participated in ordinations for the Metropolitan Church Association, a forerunner of the Pilgrim Holiness Church. Anyhow -- deepest apologies for leading anyone astray and here is the updated ordination succession for Earle Wilson and anyone ordained by him (including former Wesleyan GS, JoAnne Lyon). I was ordained by Earle Wils
Post a Comment
Read more 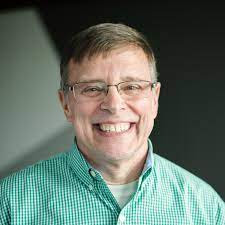 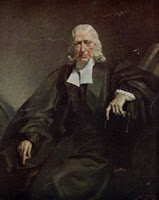 The Christianity Described in Matthew

- January 07, 2022
Matthew 7 stands against a censorious Christianity. "Judge not that ye be not judged" Mattew 13 stands against a coercive Christianity. "Let both wheat and tares grow together until the harvest." Matthew 18 standS FOR a conscientious Christianity. "If your brother sins against you. . ." ensuring that the church of Matthew 7's and 13's accomodation does not wink at sin. Matthew 7 & 13 keep the church from being puritanical, while Matthew 18 keeps the church from being epicurean. -- Reggie Kidd quoting Emil Brunner .
Post a Comment
Read more

"Much of our praying is like the little boy who rings the doorbell, but runs away before the door is opened."  --  Leonard Ravenhill,   Why Revival Tarries  (quoted in Herald of His Coming, Sept. 2012.)
1 comment
Read more
More posts