Why Should the Bible Be My Boss? 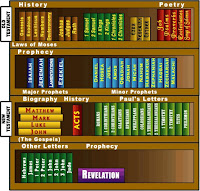 As a Christian, I believe the Bible has authority over what I believe and how I behave.  Someone may ask, "Why would an ancient book, written thousands of years ago, in completely different languages and cultures have any bearing whatsoever on my life?"

The answer is that we believe that the Bible is God's Word for us.  According to 2 Tim. 3:16, it is "God breathed" (Inspired) and "Useful" (Inspiring.)

I cannot prove that the Bible is true to someone who doesn't want to believe it.  "A man convinced against his will is of the same opinion still."  However, let me give you three reasons why I believe the Bible is trustworthy.  There are many more reasons I could give, but for the sake of time, I'll just bring three from the longest chapter in the Bible, Psalm 119: 89-93.

I Believe the Bible is Trustworthy Because. . .

We believe in the 39 books of the Old Testament because Jesus recognized them as Scripture.  He quoted directly from 24 of them in the Gospels.

We believe in the 27 books of the New Testament because they were connected directly to the apostles' inner circle, univeral and orthodox.  The New Testament was not created at the by councils as some critics claim (i.e. the Council of Hippo in 393.)  Rather, the original Scriptures were affirmed by the council.

Just think --  forty authors from three continents over thousands of years, under God's inspiration created the most beautiful literary masterpiece in human history!

Consider the prophecies of Jesus.  There are 60 significant prophecies about Christ in the Old Testament (if you add inferences, there are over 300.)  Professor Peter Stoner of Westmont College, along with some of his students, determined the probability that only eight of these prophecies would be fulfilled in one person by accident.  The fascinating results can be found here

2.  IT ENDURES
Psalm 119: 90-91:  "Your faithfulness continues through all generations; you established the earth, and it endures. Your laws endure to this day, for all things serve you."

The Bible is rooted in history.  It is not some ethereal text, but it brings the stories of real people from real places.  Archaeology has confirmed much of the Bible.  I've experienced it myself.  I've seen the Temple Mount.  I have visited Solomon's stables.  I have seen to bone box of Caiphas, the high priest.  Skeptics used to believe the Hittites were mythological -- but then archaeologiests dug them up!  They have uncovered evidence for Pontius Pilate, the Pool of Siloam, and King Hezekiah.

The support is overwhelming and there are literally thousands of discoveries.  Try this free e-book for starters, Ten Top Biblical Archaeological Discoveries.

Look at any Bible Encylcopedia and you will discover it is packed with pictures of archaeological discoveries that confirm the Bible.

The Bible has been preserved remarkably.
One amazing fact about the Bible is how many manuscript copies have been discovered.  When considering the reliability of an ancient manuscript, we look at two things:  the time gap between the earliest copy we possess and the time it was written and the number of copies that have been found.
Comparing the Bible with other ancient works, the results are absolutely astounding! 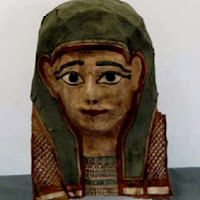 In 2013, archaeologists discovered a small fragment of Mark's Gospel (the size of two fingers) which was found inside an Egyptian mummy mask, used as paper mache.  It has been dated at around 80 AD, making it, by far, the oldest New Testament manuscript in existence.  If this was, indeed, written in 80 AD, this means people from the time of Christ were still alive when it was written!

The Bible is is like an Anvil.  It stands strong, and wears out the hammers that beat on it.

3.   IT WORKS
Psalm 119:92-92 --  "If your law had not been my delight, I would have perished in my affliction. I will never forget your precepts, for by them you have preserved my life.

The very best evidence for the reliability of Scripture is how it works in people's lives.   I have found the Bible to be my greatest source of strength, peace and guidance.  I have never once met a person who spent a life living by the Bible and regretted it.  I've met many who regretted NOT doing so.  As a pastor, I have seen it speak grace to the grieving, solace for the suffering, and help for the hurting.
I read it every morning, and find something fresh and new each time.  It is a living book that brings life to me, and all who read it with honest hearts.

Recently, I noticed a friend was experiencing significant spiritual growth.  It was exciting to see her blossom.  I asked, "What has made the difference for you?"  She replied, "I started studying the Bible.  For years, I would read a little bit now and then for a dose of inspiration, but I decided to dig in and really study it, and devote myself to doing what it says.  That has made all the difference!"

Yet It Lives (Author Unknown)

A Hymn Penned in a Plague: Now Thank We All Our God 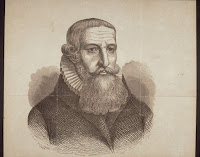 During the Great Pestilence of 1637, Martin Rinkart, age 31, found himself in a distressing situation as the only clergyperson in Eilenburg, Germany. The plague had broken out in this war torn community, and all of the other clergymen had either died or departed.   Left alone to meet the vast spiritual needs of the entire community, Rinkart officiated 4480 funerals (40-50 per day) including that of his first wife.   A severe famine followed the epidemic, and the good pastor rose to this challenge, working with town leaders to provide relief and organize assistance. He also led negotiations to secure peace with their enemies. In the darkest hours of the epidemic, young Pastor Rinkart served as a beacon of light and hope for others. It was during this time that he wrote the beloved hymn "Nun dankket alle Gott" ( Now Thank We All our God ), which is now often sung in Thanksgiving worship services around the world. Now thank we all our God, with heart and hands and
Read more 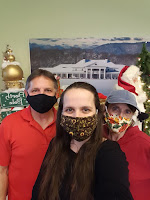 Merry Christmas from the Wilson's!  What a strange and challenging year we've all had. Yet, God is faithful and sees us through life's perplexing challenges. Normally, our lives are full of busy activities, but the pandemic changed all that, as it has done for most people. Despite the adjustments, we've been able to figure out a new (temporary) normal. Fortunately, Southern Wesleyan University was able to start and finish the fall sememster in person, due largely to herculean precautions on the part of everyone to stay safe.  It has been a challenging year for the university, but everyone has pulled together to make the best of a difficult situation. Hannah has completed her junior year of college and remains on the dean's list, majoring in Early Childhood and Family Studies. She also works every afternoon at The Growing Place Daycare Center. Cathy is involved in many projects at home and in the community. Both Mark and Hannah are grateful for her encouraging supp
Read more

A Prayer of Good Courage

"Lord God, you have called your servants to ventures of which we cannot see the ending, by paths as yet untrod, through perils unknown. Give us faith to go out with courage, not knowing where we go, but only that your hand is leading us and your love supporting us; through Jesus Christ our Lord. Amen."  (from Daily Prayer  by E. Milner White & G. W. Briggs).
Read more